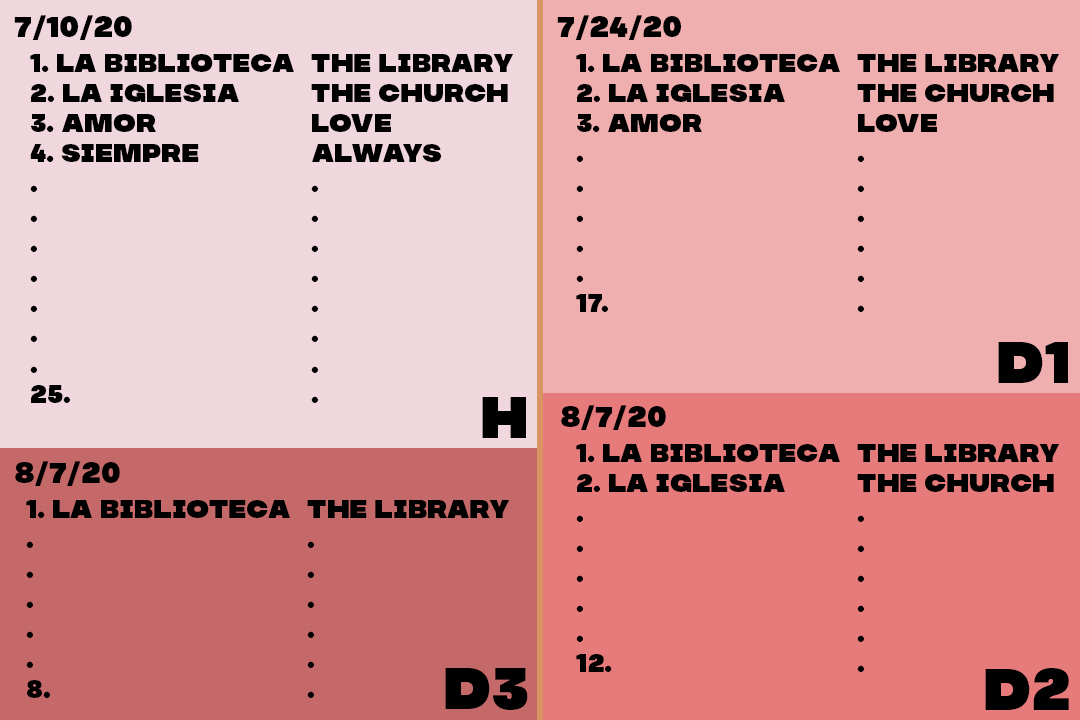 Have you ever noticed yourself being able to remember something insignificant you saw weeks or even months before having only glanced at that for a mere second?

Maybe you can recall a little bicycle toy on a table months ago.

That toy was never mentioned in conversation. You never made an effort to try to study or memorize that the toy was there. Yet you still remember it.

It all has something to do with long-term memory.

The Goldlist Method, devised by David James, takes this phenomenon and applies it to language learning.

Find a pen, a notebook, and any resource you can extract words from like a book or video.

Introduction to the Goldlist Method

To most people, learning a language means drilling into their heads word list after word list. Whether it be in a class or a one on one tutoring scenario, there’s always the concept of efficiency–getting the most value in the allotted time session.

While this may seem effective and can yield amazing test scores, these results are short lived.

A student may go back to the same word list he got a perfect score on a month later and realize that he only knows a small percentage of that.

Most words weren’t stored in his long term memory.

The Goldlist Method says that when you physically write words and their definitions down, you can subconsciously remember about 30% of them. That is without spending any effort trying to study the words.

Open your notebook and go to the first two-page spread. On the top of the left page, you write the date and make a numbered list from 1 to 25.

In each entry, you should have the word or expression at the left in the target foreign language and the definition at right in your native language.

These words can come from anywhere, which is why it’s useful for language learners of every level.

Tip: Try to make it so that all the words have a common theme (Ex: They are all from the same article). This helps you get an idea of the context around those words.

Once you finish, read the list aloud once. Don’t make an effort trying to memorize it

The next time you’ll see your headlist again will be in two weeks when you’ll see what you remembered without consciously doing anything.

In the meantime, you can make more headlists. Write each of them in the top left of each two-page spread. You can have as many as you want depending on your time commitment to using this method.

Just make sure you only look at each headlist two weeks after they are written.

Distillations are where you try to shorten your headlist by at least 30% (Going from 25 to 17 entries).

There are three ways to distill:

Next, write the remaining 70% of words on the next page along with the date.

Repeat this two weeks after you write each headlist.

This is your first distillation.

At this point, you should have finished filling your two-page spread.

What you have been working on so far–from headlist to the third distillation–is part of the Bronze book. Starting to see where the name Goldlist comes from?

Now get another notebook. That will serve as your Silver book.

This works the same way as before. The only difference is that your headlists for this book will contain the entries left in the third distillations of the Bronze book.

After you complete all the distillation of the Silver book, you now do the same in another notebook: the Gold book.

You should now have a general idea of how the Goldlist method works. You can tailor this method to fit you and your language learning goals.

Some people only stick to the Bronze book and just create more headlists; others try to reach the Gold book.

At first glance, the Goldlist method may seem like complete nonsense.

It’s definitely an out of the ordinary approach to language learning and one that is highly contested, yet it works very well for a lot of people.

Try it out for a bit. It may be the next tool in your language learning arsenal.

What are your thoughts on the Goldlist Method? Let us know in the comments below!